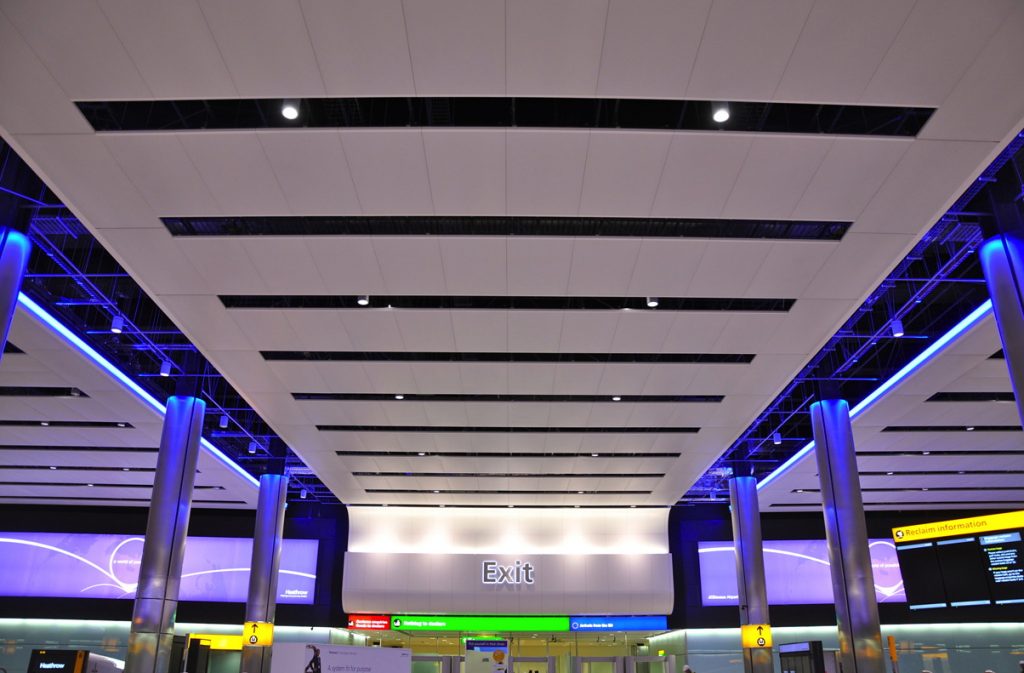 With in excess of 12 kilometres of profiles, V-Cut plasterboard light coves can be seen pretty much everywhere in the public areas of the brand new £2.5 billion Terminal 2 at Heathrow Airport.

V-Cut has been involved in the new Queens Terminal from the beginning, indeed, long before activities had begun on site. This early involvement produced advantages for design and subsequent cost savings during construction. V-Cut took a unique approach by making a complex design detail a simple task, using its factory machined plasterboard profiles. The profiles were machined with vee grooves to allow them to fold to the required shape on site eliminating labour time, trimming and jointing.

Heathrow Terminal 2 V-Cut Plasterboard Profile Gaining an edge in a competitive market can be as simple as adopting a unique approach to solving a detail issue and so it was for the suspended ceilings on the new terminal 2. The ceilings in the new terminal are typical of those now adopted by the client generally throughout its public areas. That is an open concept where access to services is gained through gaps around canopies of metal ceilings. Surrounding those mass areas of ceilings, where they abut walls, are the light troughs manufactured from plasterboard.

Here’s where V-Cut came into focus. In addition, the ceiling contractor adopted a novel approach of building lengths of the coves on a bench and then lifting an almost complete structure. That saved time and was a safe method of working. The lighting effect has been further enhanced through the clever use of coloured lighting in some areas.

So for all of your light cove needs, V-Cut can offer both standard and unique solutions in plasterboard which save you time, money and increase the quality.

Speak to an expert